Full Name
Bart Van Deventer
Business Title
General Manager
Company
Riverbend
Speaker Bio
Following extensive travels throughout Europe and with an inner desire to experience new cultures, hospitality and tourism seemed a logical industry as Bart’s career choice. Originally from Gouda, The Netherlands, Bart graduated from Haagland Hotelschool, The Hague in 1991 and started his career in earnest as a management trainee at the Langham Hilton in London. Mandatory military service forced him to relocate and take on a different side of service, and he found himself working as a bartender for the Dutch Contingent within the United Nations Protective Force in Croatia.

Once military service was completed, and with ample time and resources on hand, he rewarded himself and packed up his surfboards to leave for the islands—St. Maarten specifically. Honing his skills in resort kitchens and managing front of house in restaurants, Bart enjoyed the island lifestyle while adapting to the occasional hurricane. His big break came in 1999 when the opportunity appeared to manage a luxury resort in Anguilla, one of the Caribbean’s hidden treasures. For close to ten years he lived in Anguilla, where he met his wife and started a family.

As his children grew older and their secondary education was limited by the island’s boundaries, the choice to relocate to the United States seemed a logical next step. Through one of the many friendships gained over the years, Kohler, Wisconsin, appeared on the horizon. Not fearful of cold winters and encouraged by the proximity to Lake Michigan surf scene, Bart moved his family closer to family in the Midwest, with access to its renowned education, and began working for one of the foremost innovative private companies in the United States.

In his tenth year as general manager of Riverbend, Kohler’s private membership club, Bart has honed his skills while doing what he enjoys most: developing new talent as well as creating gracious and memorable experiences for his members and guests. During his tenure, the club has enjoyed continued growth in membership and revenue, upgraded and renovated its 31 guest rooms, and added innovative technological improvements such as keyless entry. In his spare time, Bart enjoys cooking for friends and family, surfing, scuba diving, and an occasional round of golf on one of Kohler’s championship courses. 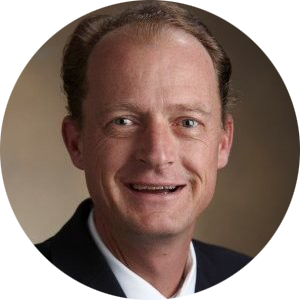